The Annual General Meeting of the Friends was held on the 19th April. It was a successful meeting with much participation by members attending. This event included a reception, lunch, the AGM, tea and scrumptious cakes.

Recognising that just a small percentage of members are able to attend the AGM, mainly because of the distance they must travel, we decided to action the suggestion made by a member attending the AGM, that we include the annual reports of the Chairman of the Friends and of the Principal of Higham in this Newsletter, so that all members are kept informed.

The two reports tell of Friends of Higham activities during our 21st Anniversary year 2014-2015. Activities which have included the 21st Anniversary booklet, the Catalogue of Arts & Crafts items at Higham, the Friends new Logo, volunteering at Higham, ‘The Story of Higham’ book update, and the plans George Cooke has to enhance and sustain Higham as a heritage building.

The first edition of book ‘The Story of Higham’was published in 1990. The second edition takes the story to 2015 and includes four new additional chapters. ‘A splendid achievement … The Story charts, with honesty and directness, how endlessly adaptable Higham has been: from medieval farmhouse, family home, youth hostel and school, to residential college’ writes Richard Moore. Writing and printing the book is the Friends gift to Higham. It was presented to George Cooke by the Friends at an event on the 3rd June. It is now on sale at Higham.

The Friends committee was elected at the AGM for the forthcoming year. The committee, now at full complement of ten is:- Chair-Ann Pilkington, Deputy Chair-Mary Bradbury, Secretary-Rob Ives, team members Shirley MacWhirter, Jean Geatrer, Vron Spencer, Sally Alexandre. New members elected are Linda Hastings, Frances Flower, Mary Stott-Treasurer. Jean Geater is now Membership Secretary. The time and commitment given by committee members, all of whom are volunteers, is greatly appreciated.

Best Wishes
Ann Pilkington
Chairman of the Friends of Higham,

Friends of Higham – a registered charity – established in 1993
‘Friends of Higham’ was established in 1993 and gained Registered Charity status in that same year. It continues to be a Registered Charity meeting the requirements of the Charity Commission. We have an approved constitution, submit an Annual Report to the Charity Commission, support Higham Hall College – an Educational Trust, demonstrate public benefit and inclusion through providing Bursaries for Higham Hall College, are non profit making and are able to claim Gift Aid from HMRC on members donations and fees. Membership currently stands at 364.

Friends of Higham Committee
I am delighted to say we have a committed team of 7 working hard on behalf of the Friends of Higham – each one bringing to the team their special interests, skills, and time. I take this opportunity of thanking them all very much and all those dedicated committee members over the last 21 years.

From the 11th April last year 2014 to the 11th April this year 2015 we celebrated the
21st Anniversary of the Friends of Higham
We had a super 21st birthday year working on tasks to achieve the aims we set ourselves for the year 2014 through to today’s Annual General Meeting.

Communication with Friends of Higham Members
During 20014 communication with members of the Friends of Higham was carried out through a Newsletter via post, email, website, through the Annual General Meeting and Minutes, and through meeting and talking with members when we find ourselves on the same courses and/or at Higham at the same time.
We will put News Updates on our website following quarterly Friends Committee meetings from now on.

Activities of the Friends during 2014 and continuing into 2015

Volunteering
When elected Chair in 2012 the aim I had for the Friends was to involve members more in activities we undertook and this coincided with the appointment of George Cooke as Principal at the beginning of 2013 and his desire for members to be involved through volunteering their time, interests, and skills to Higham. We have seen this develop through 2013 and 2014 – members agreeing to be on a volunteers list that George can call upon for tasks at Higham such as acting as guides on open days and helping at the annual National Garden Scheme Day at Higham and similar events. Other members volunteer for mini-bus driving, gardening, and other activities at and for Higham.

We were beset in this task by an enthusiast, George, moving items around. We solved that by putting the items information pages in a ring binder – when George moves items of art or craft the page in the Index File can also be moved to the correct section – dining room, lecture room, corridors, and so on. We love it – hope you do too. We will add to this during 2015 and beyond.

‘The Story of Higham’ book update
‘The Story of Higham’ book was published in 1990 – this project to update it to 2015 began in the autumn of 2013 and will replace the old edition in June of this year. The Friends committee team with Alex Alexandre as Editor have been responsible for this project and have involved many members of the Friends and others too.
It has been totally absorbing and fascinating. The attic has been searched for old documents, photos, plans, drawings, and diagrams. The original chapters have been enhanced with up to date information and images which were found in the attic and elsewhere. People associated in all sorts of ways with Higham past and present have told us stories, some have been written in the book. Four new chapters have been added to the book. Three Principals have each written a chapter and the Friends have their own chapter at the end of the book. Members of Higham staff have been a memory bank for us, have also ‘found out things’ for us, done library searches. If ever there was an example of everyone being involved and of team work this has been it.
The book is now in its pre-press proofs form. The Friends are giving 500 copies of the book to Higham. Sales of the book will generate income for Higham, promote Higham, and add to the knowledge we have about Higham and its uses and users past and present. There will be a book launch event at Higham on Wednesday 3rd June – George and Higham are the hosts.

21st Anniversary Celebration Booklet
Members of the committee produced a 21st Anniversary Celebration Booklet. I came across a quotation extolling the recording of past words and deeds:-
‘Fix on the page ……. what they have done’. To celebrate the Friends of Higham 21 years of supporting Higham we did just that. We sent all members of the Friends a copy of the booklet in July 2014. If you have not got one there are some at reception at Higham – do take one.

The ‘Friends of Higham’ new Logo.
The Friends committee team wanted a new logo which reflected the Friends aim to include, involve, and embrace all Friends. This is now on the front cover of our invitation to people to join the Friends. It will also be on our Newsletter, News Update, and other information material we produce.

Thank you to all members of the Friends of Higham for all you have done and continue to do in support of Higham.

Thank you to all of you Friends who continue to support Higham as we progress in our mission to provide learning experiences for adults in our very special setting.

In 2007 you were kind enough to help Higham’s transition into independence, and this has been key to our survival. We represent a success story of a social enterprise which is funded by the very people who benefit from it. As you know, we focus on being a college, our unique selling point, and a residential centre for learning. Having proved we can do it, we are now in a situation where we hope to strengthen and consolidate our future.

One of the principle features of Higham is the fact that we are located in an historic building with character and all the trappings that that entails……. distinct character, yes, but also rattles, creaks, and occasional leaks. Also, we have examples of maintenance and changes that have been done over the years which, arguably, have not been fully congruent with the neo-gothic style of the Hall. Therefore, it is our intention to embark on a Heritage Project, where we seek to fix some things and to bring some things more in line with the heritage of the building, at the same time making things less prone to damage and, at the same time, safer and more aesthetically appealing.

Items on our list include the beautiful sash windows which adorn the front and immediate sides of the Hall. These deserve specialist maintenance and care in order to help them last another 200 years. Internal shutters, a feature of the decor, but are of no practical use since, at some time, radiators were put on stilts and now block their passage. We hope also to continue the fantastic work already carried out by the Friends in researching the neo-gothic idiom and how it can be reflected in a building of this era.

The incredible work carried out by the Friends team on the second edition of the ‘Story of Higham’ is an illustration of the dedication and fondness many people feel for Higham. Being able to involve more people who are interested in the local history of the area and the building is an opportunity we hope to capitalise on. We intend to establish a formal archive for this purpose, which will involve the time of volunteers.

Volunteer time is something we can use to our advantage, as we can use it as matched time against any funding application. We hope also to tap the voluntary skills of people who are simply interested and able to help with planning, organising, and administering the project.

This is just the early stages – there is no deadline, fortunately, but we want to make sure we do things right. We shall let you know, through the Friends , when we might be needing help as we progress towards our funding bid – which has to be over £100,000, and we expect it to be considerable more. However, we also know that we will have to prove worthy of such an investment. Regardless of any successful bid or otherwise, this also will enable us to focus on these heritage aspects which I feel are integral to Higham as what it is.

Thank you again for your support. 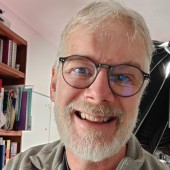 All stories by: Rob